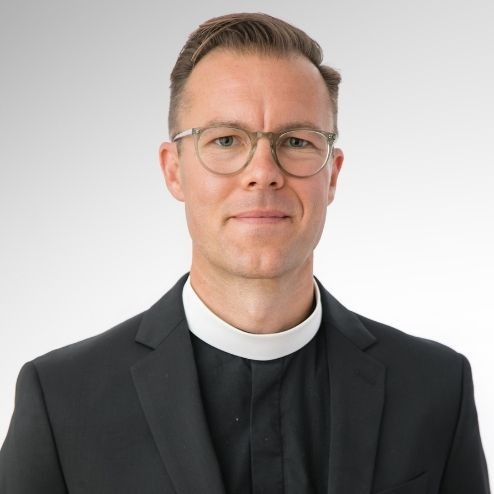 Get to Know Fr. Wheatley

Fr. Wheatley joined Nashotah House in 2020 and teaches courses in New Testament, early Christianity, and Greek. His research and teaching interests center on the overlap of liturgy, preaching, and scriptural exegesis in early Judaism and Christianity. This research is currently focused on the Gospels, especially Mark, as well as projects on ritual and liturgy in the New Testament, Biblical interpretation in early Judaism and Christianity, Ancient Apocryphal Acts, and the organization of knowledge in Biblical manuscripts. In his teaching, he wants students to learn to encounter and preach the New Testament as a development of the inherited tradition of the Jewish Scriptures and the earliest Christian proclamation. He is currently finishing a dissertation at the University of Notre Dame on the role of baptismal imagery in the Gospel of Mark. He has given lectures and papers at international conferences on Biblical Studies and early Christianity in Boston, Denver, San Diego, Oxford, Rome, and Helsinki, and he is preparing several articles for publication in peer-reviewed journals. He is a regular contributor to the Covenant blog of The Living Church.

Fr. Wheatley has served the church in various diocesan and local roles. In the Episcopal Diocese of Dallas, he has served as missioner to college students (2010–12) and associate rector of young adults and traditional worship (2012–14) at Church of the Incarnation in Dallas. From 2014–17, he served as founding vicar of St. Augustine’s Episcopal Church, a merger and of three ethnically diverse parishes into one newly planted congregation. While at Notre Dame, he served several parishes in temporary roles. He has spoken widely in Episcopal, Anglican, Catholic, Evangelical, Mainline Protestant, and Orthodox churches.

Fr. Wheatley spent his formative years in the towns of Austin and Denton, Texas. His vocation to ordained ministry came after almost ten years of work in evangelism and discipleship with college students, including two years serving as a missionary to students and refugees in Athens, Greece, from 2007–2009. He has been married to Catherine since 2006, and they have two daughters. His hobbies include playing and listening to music, films, hiking, camping, raising backyard chickens, and teaching his daughters to fish.