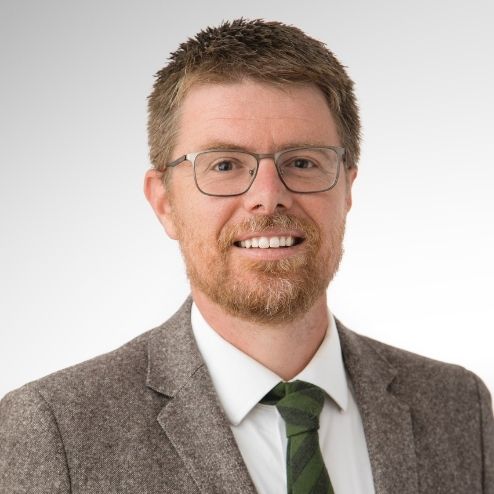 Get to Know Dr. Watkins

Dr. Watkins joined Nashotah House in 2020 and directs the hybrid distance and advanced degree programs. He provides administrative support for both students and faculty to implement and develop the CAS-HD, MM, MTS-HD, MPM, STM and DMin degrees. His research interests include theology and the visual arts, a theology of creativity, and the doctrine of creation. He has presented papers in both the United States and Europe, and in 2015 his PhD thesis was published in Fortress Press’ Emerging Scholars series as Creativity as Sacrifice: Toward a Theological Model for Human Creativity and the Arts.

Dr. Watkins served for many years in K-12 Christian schools. He taught Bible, theology, humanities, and rhetoric courses at Veritas School in Richmond, Virginia. In 2017, he joined a team to launch St. Augustine Preparatory Academy, a large K-12 Christian school on the south side of Milwaukee, Wisconsin, that serves primarily low-income families that immigrated from Central and South America. As Director of Christian Formation, he directed worship, instruction in Bible and theology, and the integration of faith and learning. For the past twenty years, Dr. Watkins has attended and served in churches in the Anglican Mission in America, Episcopal Church U. S. A., Anglican Church of Canada, and the Scottish Episcopal Church.

Dr. Watkins was born in Southern California, and his family moved near Houston, Texas, when he was a teenager. During his childhood, he had formative experiences in both Assemblies of God and non-denominational evangelical churches. He discovered Anglicanism, and – far more importantly – his wife Emily, as an undergraduate student. He and Emily were married in 2004. They have four children, and a dog named Sherlock. They live in Milwaukee, Wisconsin, and attend Trinity Episcopal Church in Wauwatosa.