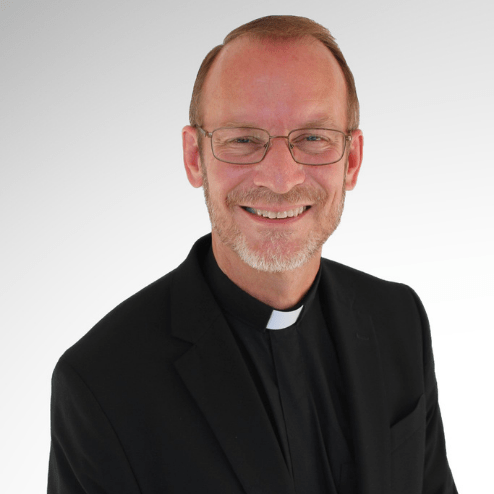 Get to Know Fr. Peters

Fr. Peters joined Nashotah House in 2018 and oversees the annual James Lloyd Breck Conference on Monasticism and the Church and teaches courses in monasticism and ascetical theology. His research interests include the history and theology of Christian monasticism, the history of Christian (esp. monastic) theology, and ascetical theology. He has presented papers regularly at the International Congress on Medieval Studies and the Evangelical Theological Society annual meeting. His published articles have appeared in the American Benedictine Review, Cistercian Studies Quarterly, Tjurunga: An Australasian Benedictine Review, and the Journal of Spiritual Formation and Soul Care, alongside articles in other peer-reviewed journals and edited volumes. His most recently published books are Thomas à Kempis: His Life and Spiritual Theology (Cascade Books, 2021) and The Monkhood of All Believers: The Monastic Foundation of Christian Spirituality (Baker Academic, 2018).

Fr. Peters is also Professor of Medieval and Spiritual Theology in the Torrey Honors College of Biola University, and a Visiting Scholar at the Von Hügel Institute, St Edmund’s College in the University of Cambridge. In the past, he has also served as a visiting professor at St. John’s School of Theology. He serves (since 2012) as rector of the Anglican Church of the Epiphany in La Mirada, California. Ordained in 2009 in the Anglican Church of North America (ACNA), he served from 2009-2012 in part-time ministry at the Diocese of Western Anglicans’ All Saints Cathedral, Long Beach, and until 2020 as a diocesan examining chaplain. Prior to his Anglican ordination he was a Baptist minister, serving parishes in Minnesota and Ontario, Canada. He is currently a member of the ACNA-Roman Catholic dialogue and the ACNA’s Monastic Communities Task Force. Until July 2022, he will serve as the first non-monastic, non-Roman Catholic president of the American Benedictine Academy.

Fr. Peters is a proud Virginian who loves to travel and read, especially nineteenth-century Russian fiction (Dostoyevsky, Tolstoy and Chekhov) and the twentieth-century French novelists Georges Bernanos and François Mauriac. He also enjoys the poetry of John Donne, George Herbert, and Gerard Manley Hopkins. Fr. Peters’ hobbies include running, home improvement projects and watching films with his family. He was married to Christina in 1994, and they have two sons, Brendan and Nathanael.